It looks like another surgery is on the horizon for tomorrow!  This is scary and exciting all at the same time.  Sending our precious baby off to surgery never seems to get easier, and I don't expect that to change.  It's hard to send your child off to get cut into yet again.  It's hard knowing that so many things can go horribly wrong during even the most routine of surgeries.  It's hard waiting - waiting to get an update of how things are going in the operating room - waiting to hear how our son is doing.  It's hard when the surgery goes hours longer than expected with little to no updates...It's hard walking in seeing Samuel sprawled out, with his tongue hanging out of his mouth, not initiating any breaths on the ventilator, with new areas of glue or sutures, lines and tubes.  It's hard watching as he tries to fight the sedation - when we know he is in pain, but he doesn't understand and just wants to wake up.  It's hard seeing that look on his face...that look that I've seen too many times - that helpless look begging you to take the pain away, knowing that he desperately wants to be held, but realizing it will probably be several more days before I am allowed to hold my son again.

Nothing about this is easy. 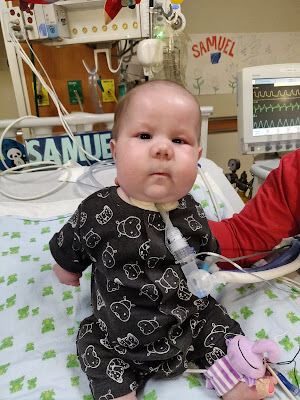 But Samuel is a fighter.

And God works in mysterious ways.

Lord willing, Samuel will have his reanastomosis surgery tomorrow. This is nearly 6 weeks after his last GI surgery when they found the hidden obstruction that miraculously had not perforated, and gave Samuel an ostomy to allow his intestines time to heal and return to their normal size.

As with any surgery (and every other day in the life of Samuel), there are many prayer requests!


Thank y'all for continuing to pray with us!  God has done great and marvelous things all along this journey, and we have come to trust Him more and more with each passing day.  We know that, no matter the outcome, we can continue to trust Him because He is using all of this for a greater purpose.  Samuel's story has spread further than we ever could have imagined, and God is using his life to touch more people than we could have dreamed.  We love hearing from y'all about how this journey has touched your life or someone else you know.  We are humbled and grateful that God chose us to be the parents of this sweet, special boy!  I often stare at Samuel David in awe of the fact that I am blessed to be his Mommy! 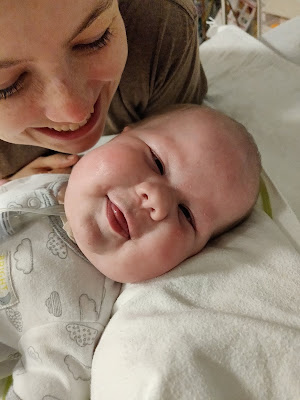