The Journey to Deleware

Just about the only thing that has remained consistent throughout this whole journey is that God has gone before us every step of the way.  We can look back on every single event and transition and see evidence of God's unmistakable hand guiding us along.  Traveling 1,000 miles away from home, family, friends, church, work, and everything we're familiar with, to come up to Deleware has proven to be no different!


On Friday, March 23rd, we were presented with a difficult decision by our cardiologist.  They were willing to offer Samuel a certain heart surgery at ACH (Arkansas Children's Hospital) that would repair his aorta, however, the specialized EVC team in Deleware wasn't sure that they agreed with the specific type of surgery being offered.  Because of the narrow ribcage that accompanies EVC, which usually leads to smaller lungs, heart surgery for babies with EVC is a tricky subject.  Our cardiologist told us we could choose to have the surgery at ACH, and they would do their absolute best in caring for our sweet Samuel, or we could transfer Samuel to Alfred I. DuPont Hospital for Children in Deleware, to a team of doctors that is known for working with EVC patients.  He was in full support of either decision and left it up to us to decide.  We had no doubt that ACH would continue doing an excellent job caring for Samuel, and we had absolute confidence in the skill of the surgeon there, but the question we were having to weigh was how valuable the Deleware team's experience with EVC might be in the long run.  We asked y'all to pray that weekend as we made a huge decision regarding Samuel's care.  We felt overwhelmed and inadequate to make such an impossible decision!

BUT nothing is impossible with God!


'Ah, Lord God ! It is you who have made the heavens and the earth by your great power and by your outstretched arm! Nothing is too hard for you.
Jeremiah 32:17

Y'all prayed, and God answered!

After a weekend full of talking to doctors, asking questions, gathering all the information we could, pouring out our hearts to God, many tear-filled conversations, and prayers for wisdom and peace from God, those prayers were answered very clearly!  One of the things I prayed for specifically was that God would direct one of our doctors to nudge us in a certain direction - whether that be to stay in Arkansas or make the move to Deleware.  First thing Monday morning we met with our cardiologist who said that he had prayed about it over the weekend (how awesome is that?!) and felt like he should encourage us to initiate a transfer.  We took that as God's answer to our prayer for clear direction!  The next 48 hours were full of meetings, phone calls, and paperwork to get the transfer approved.  We were told that it would take about 3 days for insurance to approve the transfer, and then 24-48 hours after that to get the actual transport arranged.  They estimated that we would probably fly out Friday or early the next week.  Tuesday night when we left the hospital, no approval had been given that we were aware of, so we were in complete shock when we walked in Wednesday morning and the first thing our nurse said to us was that Samuel had been approved for transport that day, and would be leaving within hours!

We thought we were not prepared...
Our bags weren't packed to leave.
Our families weren't in town to meet Samuel and see us off.
We hadn't had the chance to say goodbye to friends we had made.
We didn't have travel arrangements for getting to Deleware because we hadn't been told yet whether one, both, or neither of us could ride with Samuel.

But 2 hours after walking into the hospital Wednesday morning, Samuel and I were leaving the hospital on an ambulance to the airport! 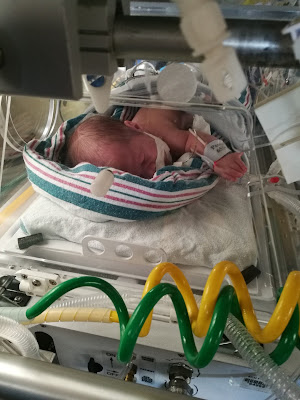 God's ways are not our ways...but His plans are always so much better!

Despite how unprepared we felt, we looked back at the end of that long day and saw how God actually had prepared us to make the move!

Seth and I had stayed up late Tuesday night sorting through things we should take and leave. So even though our bags weren't actually packed, we had sorted through a majority of our things already, which made the frantic packing that Seth and our families had to do that afternoon a little easier!
Since flu restrictions were still in place, none of our family members had been able to meet Samuel yet, but we had been told that they would allow family back before the transport happened so they could meet him!  This is why we were depending on the 24-48 hour notice, so that both of our families would be able to make it to Little Rock in time.  That didn't happen, and it is still painful to think that so many of those who love Samuel most still haven't met him yet.  BUT God gave us a little respite from that pain.  My mom and sister had come into town on Tuesday to visit, and one of Samuel's sweet primary nurses got permission for them to come back and meet him even though the transport hadn't been officially approved at that point!  We are thankful that at least 2 family members were able to meet our precious Samuel David, but we look forward to when all of our families will be able to meet him! 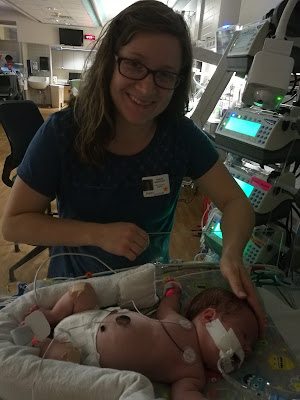 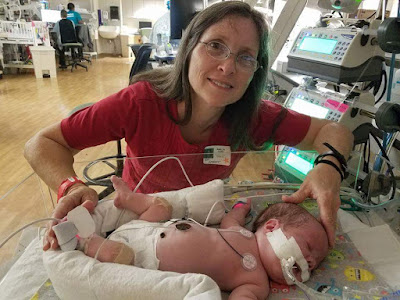 We also had a few more family members who were able to get there within a couple hours after Samuel and I left to help Seth with all of the last minute things that needed to be taken care of before he flew out that afternoon to meet us in Deleware.  We are so thankful for our families!
Even though it was extremely short notice, someone so generously bought Seth's ticket for him to fly to Deleware, and someone else picked him up from the airport after midnight that night so he could get to the hospital! 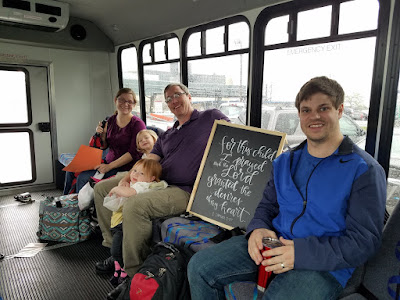 We we're exhausted after this long, whirlwind of a day, but we were also overwhelmed with gratitude towards our amazing families, and to God!  There is no denying that this all happened in God's timing, because it surely wasn't our own!  And yet He once again provided every step of the way.  We asked y'all to pray for our safety, and Samuel's stability, and He did that as well!  Samuel definitely had some recovering to do after the trip, but all things considered he did very well during the transport. 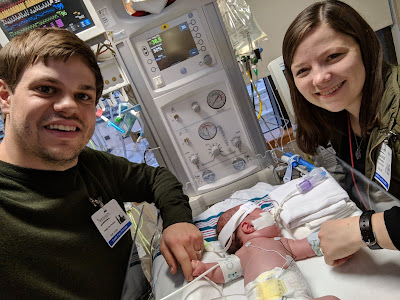 So here we are in Deleware!  Far from home, family, friends, church, and our "normal" life, but living right in the center of God's big-picture plan.  Samuel has settled in well, and the team here is understanding his needs a little better every day.  They should be giving us a decision on the type and timing of Samuel's heart surgery within the next couple of days, so we are praying God gives the doctors wisdom as they decide what is best for Samuel. 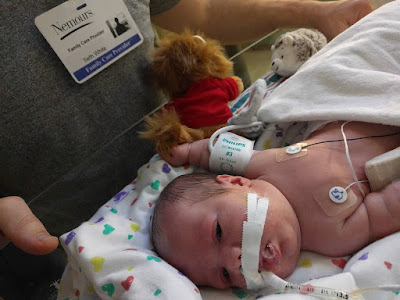 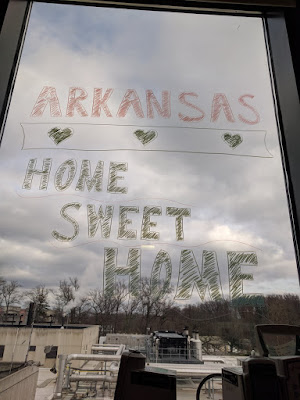