Maybe you've guessed it by now, from the fact that I haven't posted in over 7 weeks...but life at home is busy!

Getting on a schedule.
Learning new routines.
Keeping up with all of Samuel's cares.
Making sure prescriptions are filled.
Fighting hard to get all of the necessary medical supplies approved by insurance.
Maintaining/sanitizing all of Samuel's equipment.
Dealing with insurance and government offices.
Advocating for our son.
Making sure doctors are collaborating.
Finding new doctors and coordinating appointments.
Having OT, PT, and speech therapies.
Going to doctors appointments.
Loving on Samuel.
Keeping house.
The list could go on...

It is pretty non-stop around here, and sometimes we feel like we're running a hospital, but (as you've also probably guessed) we wouldn't have it any other way!

We are beyond thankful. God has taught us so much in each season that we've walked through, and being home is just one more season of learning.

One of the hardest parts about this season? We are pretty much confined to our house. Our biggest priority is keeping Samuel healthy, and we came home right around the time of year that sickness begins to run rampant! So in order to protect Samuel from a "common" sickness that would likely put him back in the hospital 3 hours from home...he only gets out of the house for his doctors appointments, occasional strolls up and down our little street when the weather is nice, and twice now we have ventured next door to the grandparents' house (but only after thorough screenings to make sure there was no sickness!).
But we can't complain too much about not getting Samuel out of the house often, because it is no easy task! If you think getting an average baby packed up and out the door for an outing is time consuming, try doing it with all of Samuel's equipment! Although we are getting faster and more efficient, it is a process - making sure we have all of the necessary emergency items, medical equipment, and typical baby stuff. We are so thankful for our double stroller, because all of the necessary items would not fit in a regular stroller!


Church? For now, must be done from our living room. We are so thankful that our church does a live audio stream of their service so we are able to join in! But it is hard missing out on the fellowship. We are blessed to have a church family that has rallied around us even in our absence - bringing us meals, and making sure we have everything we need. We look forward to the day that we can once again attend!

Outings? Other than going to appointments with Samuel, I have been out of the house 5 times since getting home over 7 weeks ago. Twice going to the social security office, twice for groceries, and once to vote. But that's more outings than I had in most 7 week stretches over the past 9 months, so it's hard to complain! When we were in the hospital - especially the 5 months we spent in Delaware without a vehicle - we rarely left the hospital, other than walking to and from the Ronald McDonald House in the morning and at night. In the 7+ weeks that we were back at ACH, after transferring back from Delaware, I only walked out the hospital doors 3 times...All that to say, we are pretty used to it by now! I try to make it a point to get the mail out of the mailbox every day before Seth gets home, because otherwise I usually don't even get the chance to step outside of the house. But, of course, I can only walk out to the mailbox if someone else is in the house with Samuel to respond to his alarms.
Seth and I have not yet had the chance to get out of the house together, other than when we have taken Samuel to his appointments - which is not exactly a leisurely activity, and doesn't allow for any side trips. But Samuel could only be left with someone who has been thoroughly trained in all of the emergency situations for a baby with a trach, and even most nurses haven't dealt with trachs. Anything can happen at any time...

Is it hard? Yes. But we know that it is only for a season.
Sometimes seasons seem like they will last forever when you are in the midst of them. It can be hard to see the light at the end of the tunnel. But, looking back over the last long season of hospital stays, it already seems like so long ago! And we know that the same will be true for this season! By the time next spring rolls around, and we are able to come out of hibernation a bit more, we will look back and be amazed at how far in the past that hard season already seems.

"For everything there is a season, and a time for every matter under heaven" ~ Ecclesiastes 3:1

God is the one who ordains each of the seasons of life. Who are we to say when they should begin or end? What right do we have to question which seasons we should have to walk through? As the name of our blog clearly states, we know that God is the one authoring this story - it is His story. We are simply the ones journeying along the path He has laid out. And we are the ones who must decide how we will respond to each season. Will we respond with joy, despite difficult circumstances? Or will we whine and complain about how these hard seasons aren't fair? Only one of these choices will bring God the most glory.

Let me encourage you to find joy in ALL things. 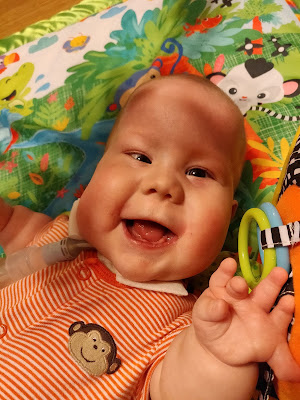 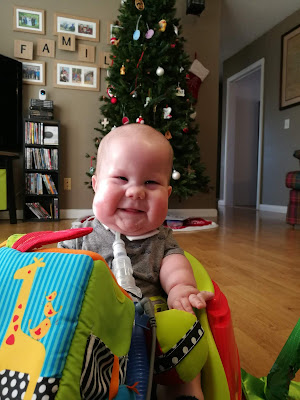 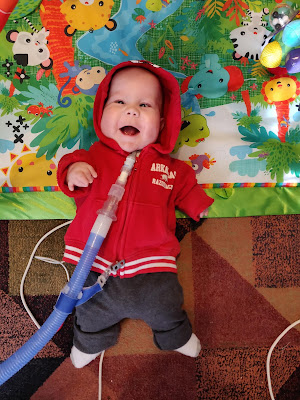